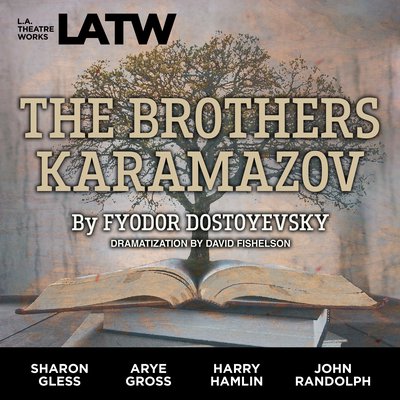 Playwright David Fishelson has adapted Dostoyevsky’s masterpiece The Brothers Karamazov into a spellbinding full-cast drama. The passionate Karamazov brothers spring to life, led by their rogue of a father, who entertains himself by drinking, womanizing, and pitting his three sons against each other. The men have plenty to fight over, including the alluring Grushenka.

Directed by David Fishelson. Recorded before a live audience at the Guest Quarters Suite Hotel, Santa Monica in June of 1994.