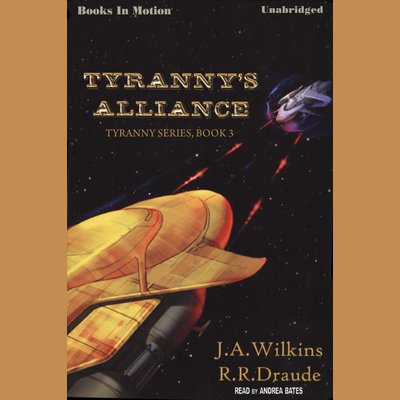 In this, the third book of the Tyranny Series, it is the year 2370, and the colonies of Earth are breathing a collective two year sigh of relief. The constant barrage of attacks by Amanda Callin and her hoard of thugs have ceased, but did Callin really go away? Did she lose her resolve for seeking revenge against the colonies that caused her to disband her bedraggled gang of cutthroats forever? Bountiful, the gangster planet, is reformed and rapidly emerging as a valued member of the colonies, Elise finds herself there looking for Russ–in the last place anyone saw him. While she searches for her co-pilot, the man she loves, she stumbles upon deceit and planetary intrigue that could throw Bountiful back into chaos. Elise is forced to ask herself, how the mysterious Daniel Smith orchestrate the reformation of Bountiful so quickly? Who is this man with no background, credited with singlehandedly transforming Bountiful from shunned to respected. Did he act alone? Does he have a conniving benefactor with a diabolical personal motive? But, who is out to best whom. Will Callin win a respectable world she can manipulate for her own purposes? Will Daniel Smith push her out of the picture and take the planet for his own? Finding the solutions to all these puzzles will send Elise and her friend all the way back to Earth itself.