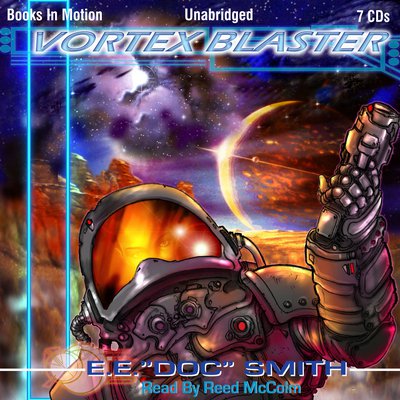 One man against the basic energy of the universe, unleashed in ravening fury that was “Storm” Cloud. Unique was the only way to describe him, yet alone in his single-handed battle. The appalling destructiveness of a loose atomic vortex could be canceled out only by destroying the vortex itself. While not even the most massive and modern of electronic computers could figure out how to destroy a loose vortex, “Storm” Cloud could and did. To Galactic Civilization, the loose vortices were just one menace among many. It was “Storm's” unique brain, itself a computer with fantastic powers that enabled him to select and direct a duodecaplylatomate bomb with exactly the right energy to snuff each vortex out of existence. The day a runaway vortex exploded in his home was the day “Storm” Cloud became the Vortex Blaster!