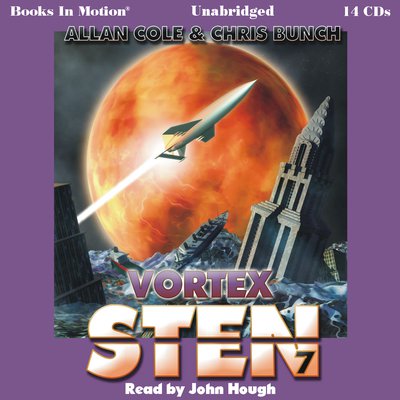 The Eternal Emperor was back and ready to save his Empire from collapse. Only Sten guessed that something was rotten at the core. The Empire is in chaos. The once-great Imperial Navy has been shattered in battle and lies burning in space, driven by a civil war that threatens to engulf humanity’s future. For the revered Eternal Emperor is not the man his subjects thought him to be—and may not even be human at all. And it is Sten—Imperial bodyguard, spy, assassin, renegade—who now leads humanity’s fight for survival. Taking command of the last rebel fleet, he sets out on a desperate quest to seek and destroy the dark source of his former master’s power. Denounced as a traitor, hunted by forces loyal to the Emperor, Sten must risk everything to annihilate the Empire he vowed to protect.