Court of a Thousand Suns, The 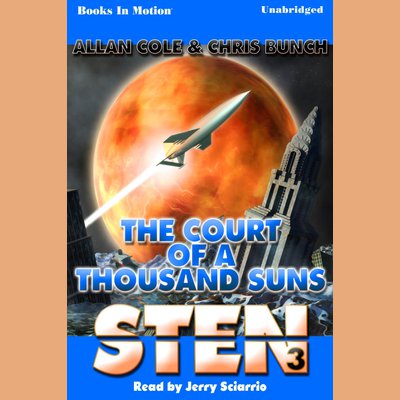 Court of a Thousand Suns, The

Sten had fought his way up from slave labor on a factory world to commander of the Eternal Emperor’s bodyguard, the Imperial Gurkhas. But during his first three months on Prime World, the most dangerous weapons Sten had encountered were the well–phrased lies of Court politicians. It seemed no place for an honest fighting man. But when a bomb destroys a local bar, Sten discovers the danger and corruption behind Court intrigue. Only quick work by Sten, Alex Kilgour, and a tough female detective can keep the Empire together and the Emperor alive.