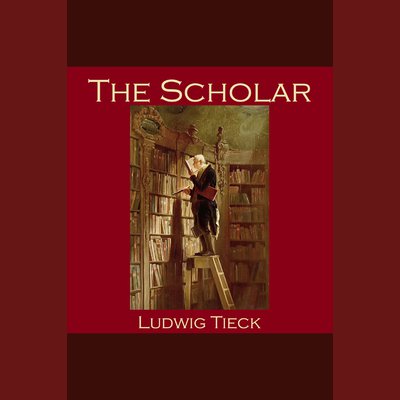 Johann Ludwig Tieck (1773-1853) was a German poet and writer and one of the founding fathers of the German Romantic movement of the late 18th and early 19th centuries.

The Scholar tells the tale of a reclusive old academic with an obsession for orderliness and absolute quiet, who also suffers from acute hypochondria. His doctor suggests that a cure might be to marry...preferably a woman who is the complete opposite of himself. He suggests Antoinette, the vivacious, party-loving daughter of the landlord downstairs. But it is Antoinette's quiet, studious sister who is secretly in love with the old scholar, and who is of course, more suited to making him happy. The question is, how destiny can conspire to effect the right match.