Mad Veteran of Fort Ratonneau, The 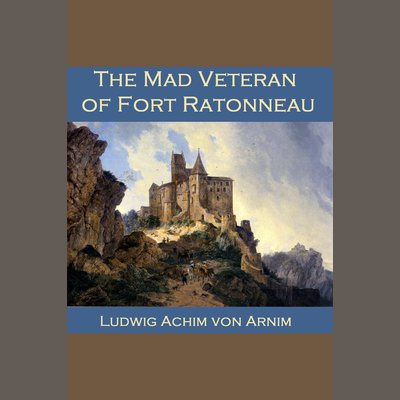 Mad Veteran of Fort Ratonneau, The

Ludwig Achim von Arnim (1781-1831) was a German poet and novelist from a Prussian noble family, and one of the most notable writers in German Romanticism.

The Mad Veteran of Fort Ratonneau, written in 1881, is an engaging story which combines humour, sentiment, the eternal struggle between good and evil, and a rattling good storyline all in one.

When the Commandant at Marseille learns that an invalid veteran is being transferred to his region, and that this brave soldier has suffered a head injury which causes him to behave like a madman...indeed his own wife believes him possessed by the devil...he decides to appoint him head of a tiny remote fort above the city. This fort is the depository for the regiment's supply of gunpowder. The Commandant also deploys the powder to create fireworks, and one of the tasks of the garrison is to manufacture rockets, roman candles, and Catherine wheels, which will be used for the display at the King's birthday. The invalid veteran turns out to have a great interest in pyrotechnics...and takes on his task with great enthusiasm. But then, one of his psychotic episodes sets in...and a madman in charge of a castle packed with gunpowder threatens the safety of the entire city.

After all, what could possibly go wrong?