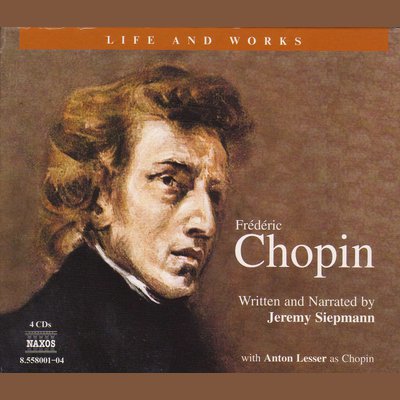 Frédéric Chopin is the pianist-composer par excellence. Regarded as one of the most mesmerising performers of his day, he lives on in his music – his waltzes, mazurkas, études, preludes, nocturnes, three piano sonatas, two piano concertos and much more. Here, his life, from his birth in Poland, his famous affair with the French writer George Sand, to his death at the age of thirty-nine in Paris, is told with his music featuring prominently. We think of Chopin as a ‘frail, sheltered genius’ but this forthright portrait demonstrates he was far more boisterous than that. Cheerful as a youth, it was only later that the glare of publicity, the change from local to national celebrity, made Chopin guard his privacy more carefully. This is clearly presented in Jeremy Siepmann’s sympathetic account of the life of one of the key figures in Romantic music, and emphasised in the very personal portrayal by the English classical actor Anton Lesser. The accompanying booklet is packed with extra information about Chopin’s life and background.