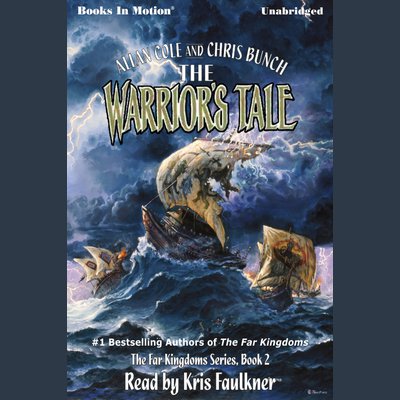 THE WARRIOR'S TALE: Captain Rali Emilie Antero came from an illustrious family of traders, wizards, and adventurers. But Rali cared little for magic, and even less for journeying. She was a soldier, captain of the elite Maranon Guard, staunch defenders of the majestic city of Orissa. But her family legacy was about to catch up with her. For the Guard's latest mission was sheer suicide: a sea-going odyssey in search of an evil master wizard–the last Archon of Lycanth–who had fled with a secret doomsday spell that could destroy all of civilization. It would be Rali's greatest challenge: a desperate pursuit, raging across the great Western Sea to the fire reefs that marked the end of the world–and beyond, to places unmarked even in legend. But only in the uncharted territories of her own soul–and the heritage of the Anteros–would Rali find the power to defeat the Archon and return to Orissa in triumph.