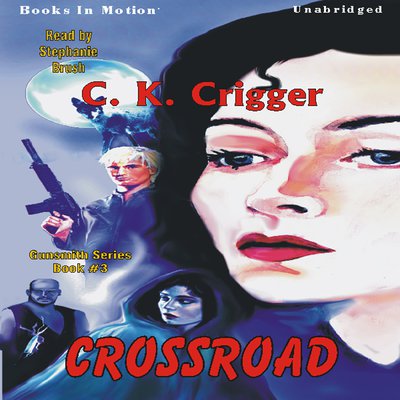 Boothenay Irons is a most unusual gunsmith who is accustomed to the mysterious power within the antique guns in which she deals. That power is a catalyst, able to carry her into the past. What she isn’t prepared for is a timetraveler from the future named Teagun Dill in need of her expertise. Dill kidnaps her and thrusts her forward in time. He needs her help to fight an outlaw gang who has taken over the Dill family’s Crossroad Hotel. His promise to help her return to her own time causes her to consider her plight as well as his. Stranded and angry, unable to utilize her own power, Boothenay finds she must help create a future, instead of relive the past.