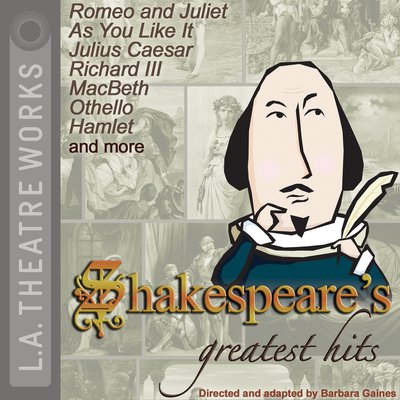 Shakespeare's Greatest Hits contains some of the most memorable scenes from 13 of the Bard’s greatest plays, including Romeo and Juliet, Hamlet, Othello and many more. Intertwined with the greatest hits of music, this highly engaging introduction to William Shakespeare is performed by the famous Chicago Shakespeare Theater.