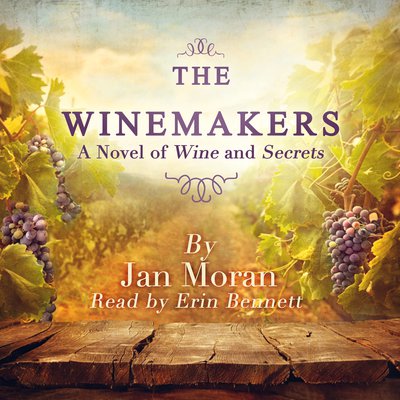 A Novel of Wine and Secrets

A young woman. A Family secret. A devastating truth that could destroy the man she loves.

Many years ago, the RosettaFamily’s hard-won dreams of staking their claim in the vineyards of California came to fruition. Now high-spirited, passionate Caterina Rosetta, who has inherited both her mother’s talent for crafting the finest wines and also her indomitable will, wants nothing more than to win her mother’s approval and work at her side. But that can never happen, because Caterina is keeping a secret that could ruin her: a daughter of her own, fathered by the love of her life, who left her without explanation. Just as she feels she has nowhere to turn, Caterina discovers that she has inherited a vineyard in the Tuscan countryside in Italy, from a grandmother she’s never heard of, and she seizes the chance to start a new life for herself and her child.

But the past is not so easily outrun. In the country of her ancestors, Caterina meets the family of the father she never knew, and discovers that her mother is also hiding her own secret?a secret so devastating it threatens theFuture of everything her family has worked for. As an old murder comes to light, and Caterina uncovers a tragedy that may destroy the man she loves, she realizes her happiness will depend on revealing the truth of her mother’s buried past?if she has the strength to face it.

From author Jan Moran comes The Winemakers, a sweeping, romantic novel that will hold you in its grasp until the last delicious sip.