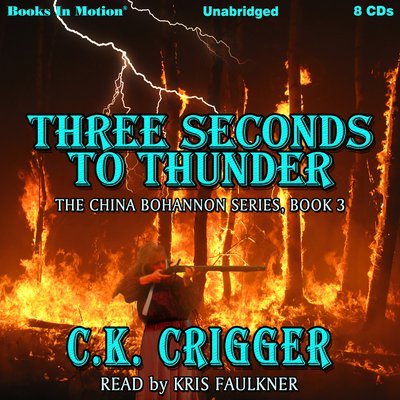 China Bohannon may be a modern 1890's career woman, but her uncle, Montgomery Howe, and his partner, Gratton Doyle haven't turned her loose on an investigative case of her own just yet. With her name newly added to the roster — though in small print — China is champing at the bit. China's friend Porter Anderson hires the agency saying his uncle has disappeared and a Johnny-come-lately timber baron claimed the family homestead. What's more, he has a bill of sale for it that Porter knows his uncle didn't sign. The problem is proving it — or so it would seem. Monk takes the case from China. He believes a fine young lady like his niece is out of her league. Now no one has heard from Monk in days and China, with help from a few of her disreputable friends, sets out to discover his whereabouts as the dry lightning of summer sets the woods ablaze. What China finds is a trail of lies, theft, and murder, with her uncle Monk slated as the next victim. China takes some wild chances with her own life, but places her faith in Gratton to get them through the fire as they rush to shut down a killer and rescue her uncle.