Anatomy of a Player 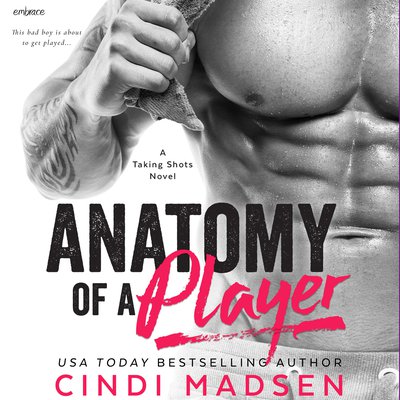 Anatomy of a Player

This bad boy is about to get played….

After getting her heart broken by a player again, Whitney Porter is done with men. She's focusing on her future career and her first assignment at the college newspaper: Posing as a sports writer for an exposé on the extra perks jocks receive. But Hudson Decker, the bad boy of the hockey team, is about to test her resolve. To keep herself from breaking her no-sex rule with the temptingly tattooed athlete, she decides to use him for a side project: Anatomy of a Player, to help Whitney—and women everywhere—spot a player, learn what makes him tick, and how to avoid falling for one.

With his life spiraling out of control, Hudson Decker's looking for a distraction. When his teammates bet him that he can't land the gorgeous but prickly new reporter, he accepts the challenge, boasting he'll have her in bed by the end of the semester. But Whitney is so much more than Hudson expected, and soon enough, he's in too deep. The last thing he needs is another complication, but staying away isn't an option. One thing's for certain: this girl totally throws him off his game.