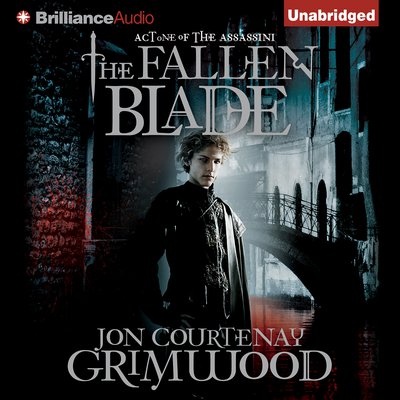 Act One of the Assassini

Venice is at the height of its power. In theory Duke Marco commands. But Marco is a simpleton, so his aunt and uncle rule in his stead. Within the Serene Republic, their word is law, but for all their influence, Venice's fate still lies in other hands.…

Lady Giulietta is the Duke's cousin. She enjoys greater privilege than many can even dream of, but her status will demand a terrible price.

Atilo Il Mauros is head of the Assassini, the shadow army that enforces Venice's will-both at home and abroad.

Prince Leopold is the bastard son of the German emperor and leader of the krieghund-the only force in Venice more feared than Atilo's assassins.

And then there is Atilo's angel-faced apprentice. Only a boy, Tycho is already stronger and faster than any man has a right to be. He can see in the dark, but sunlight burns him. It is said that he drinks blood.