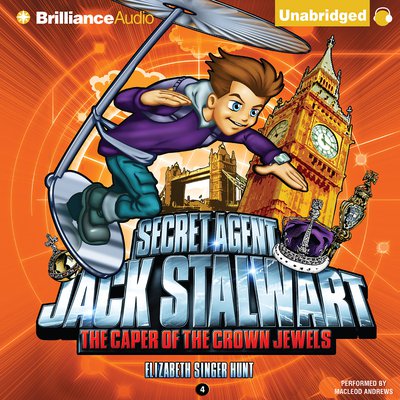 Meet Jack Stalwart. Code name: COURAGE. Jack is an ordinary kid who becomes a secret agent by night, thwarting evil all over the world as he searches for his missing brother, Max.

Some of England's most prized possessions, the Crown Jewels, have been stolen from the Tower of London. Can Secret Agent Jack Stalwart triumph in his battle against a master magician to save the jewels before they disappear forever?

Read more about Jack's thrilling adventures as he travels the globe. . . .