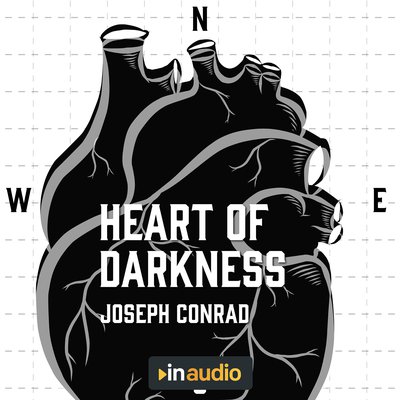 The story of the enigmatic Kurtz and his outpost in deepest Congo as told by Marlow is an adventure story that examines the intent and effects of colonization. It remains one of the most controversial and profound writings of world literature.

Joseph Conrad was born Jozef Teodor Konrad Nalecz Korzeniowski, on December 3, 1857, in Russian occupied Poland. His father, who was fighting for Polish independence, wrote a poem asking his son to remain "without land or love" as long as Poland was enslaved. Conrad went to sea at sixteen and and served fifteen years aboard English ships. He became the captain of his own ships, sailing to Asia and Africa. He took up writing at the age of thirty two. It did not come easy: English was his fourth language after Polish, Russian and French, but he wrote with depth and beauty seldom matched. He was offered knighthood, but declined. He died August 3, 1924.