Travels with Charley in Search of America 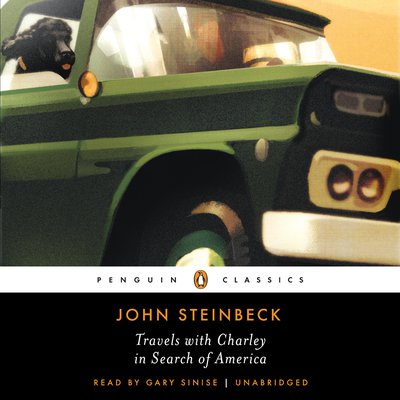 Travels with Charley in Search of America

In September 1960, John Steinbeck embarked on a journey across America. He felt that he might have lost touch with the country, with its speech, the smell of its grass and trees, its color and quality of light, the pulse of its people. To reassure himself, he set out on a voyage of rediscovery of the American identity, accompanied by a distinguished French poodle named Charley; and riding in a three-quarter-ton pickup truck named Rocinante.

His course took him through almost forty states: northward from Long Island to Maine; through the Midwest to Chicago; onward by way of Minnesota, North Dakota, Montana (with which he fell in love), and Idaho to Seattle, south to San Francisco and his birthplace, Salinas; eastward through the Mojave, New Mexico, Arizona, to the vast hospitality of Texas, to New Orleans and a shocking drama of desegregation; finally, on the last leg, through Alabama, Virginia, Pennsylvania, and New Jersey to New York.