Hour of the Fox, The 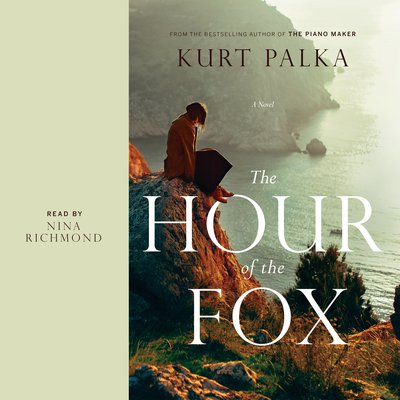 Hour of the Fox, The

From the bestselling author of The Piano Maker comes a stunning, profoundly moving story about motherhood, grief, marriage, and friendship. For fans of M. L. Stedman's The Light Between Oceans.

Margaret Bradley is the most senior associate at a prestigious law firm, and she is on track to make partner. It is the 1970s; her climb up the career ladder in this male-dominated profession has been difficult, but with hard work she has made herself one of the best in it. She is dedicated to her work and is happily married until one day her entire world is shattered by the sudden death of her son Andrew, a military pilot. Now, Margaret lives with a heavy, all-encompassing sense of loss and regret that is pushing her further and further away from the person she once knew herself to be, and from her husband, Jack, a successful geologist and a loving and loyal partner.

Consumed by her sorrows Margaret is drawn back to the family summer home in Sweetbarry, a small town off the coast of the North Atlantic, where she spent much of her childhood. Her lifelong best friend, Aileen, is close by. When Aileen's adult son, Danny, is questioned by local police in connection with a violent crime that shocks the community, Margaret provides legal and moral support. And it is while doing so that an opportunity presents itself for her to confront her sorrow. She sees "a door opening. A way forward", and she boldly reaches out with an act of courage and humility that has profound consequences.

Set against the backdrops of the rugged Atlantic coast, Toronto, and Paris, The Hour of the Fox is emotionally resonant, atmospheric, and unforgettable in its depiction of motherhood and loss.