Half Spent Was the Night 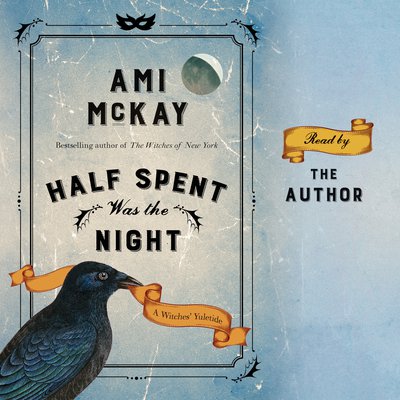 Half Spent Was the Night

Beloved author Ami McKay is back, bringing us a magical follow-up in the tradition of Victorian winter tales to her mesmerizing best seller, The Witches of New York.

During the nights between Christmas and New Year's, the witches of New York—Adelaide Thom, Eleanor St. Clair and the youngest, Beatrice Dunn—gather before the fire to tell ghost stories and perform traditional Yuletide divinations. (Did you know that roasting chestnuts was once used to foretell one's fate?)

As the witches roast chestnuts and melt lead to see their fate, a series of odd messengers land on their doorstep bearing invitations for a New Year's Eve masquerade hosted by a woman they've never met. Gossip, dreams, and portents follow, leading the witches to question the woman's motives. Is she as benevolent as she seems or is she laying a trap? And so, as Gilded-Age New York prepares to ring in the new year, the witches don their finery and head for the ball, on the hunt for answers that might well be the end of them.