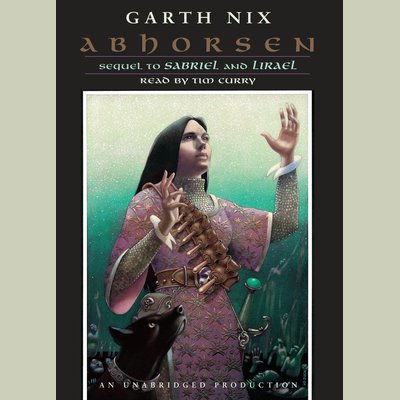 Before she went to join Sam and Mogget downstairs, Lirael paused for a moment to look at herself in the tall silver mirror that hung on the wall of her room. The image that faced her bore little resemblance to the Second Assistant Librarian of the Clayr. She saw a warlike and grim young woman, dark hair bound back with a silver cord rather than hanging free to disguise her face. She no longer wore her librarian's waistcoat, and she had a long Nehima at her side rather than a library-issue dagger. but she had kept her library whistle, tucking it into the small pouch at her belt. Though she was many, many leagues from any help the whistle might summon, she felt the need to cling to some small part of her past and her identity.

She had become an Abhorsen, Lirael thought, at least on the outside.