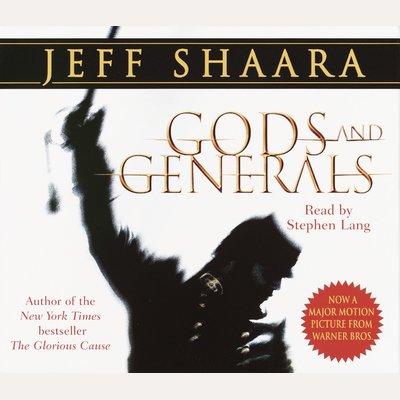 The story of Gods and Generals begins with Michael Shaara, author of the Pulitzer Prize-winning classic The Killer Angels. A native of New Jersey, Michael Shaara grew to be an adventurous young man: over the years, he found work as a sailor, a paratrooper, a policeman, and an English professor at Florida State University. In 1952, his son Jeff was born in New Brunswick, New Jersey.

Michael's interest in Gettysburg was prompted by some letters written by his great-grandfather, who had been wounded at the great battle while serving with the 4th Georgia Infantry. In 1966, he took his family on a vacation to the battlefield and found himself moved.

In 1970, Michael Shaara returned to Gettysburg with his son Jeff. The pair crisscrossed the historic site, gathering detailed information for the father's novel-in-progress. In 1974, the novel was published with the title The Killer Angels. This gripping fictional account of the three bloody days at Gettysburg won Michael Shaara a Pulitzer Prize and a vast, appreciative audience. To date it has sold two million copies.

When Michael Shaara died in 1988, his son Jeff began to manage his literary estate. It was a legacy he knew well, having helped his father create it. When director Ron Maxwell filmed the movie Gettysburg, based on The Killer Angels, he asked Jeff to serve as a consultant. Maxwell encouraged Shaara to continue the story his father began; inspired, Jeff planned an ambitious trilogy, with The Killer Angels as the centerpiece, following the war from its origins to its end.

With Gods and Generals, Jeff Shaara gives fans of The Killer Angels everything they could have asked--an epic, brilliantly written saga that brings the nation's greatest conflict to life.