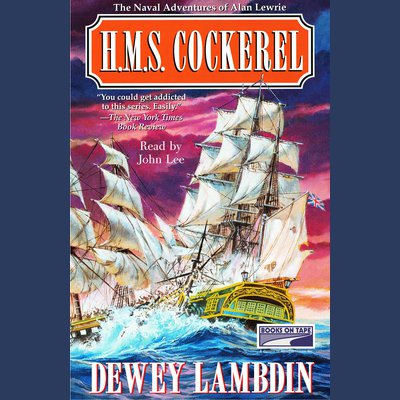 "You could get addicted to this series. Easily." - The New York Times Book Review

A farmer, a bloody farmer! Knee-deep in dung and fathoms from the nearest port, Alan Lewrie, swashbuckling naval warrior turned family man, longs for battle. And when it comes, a battle royal it is! Called to the H.M.S. Cockerel, a sleek frigate captained by a malaria-stricken tyrant, First Officer Lewrie soon vaults to command, taking Cockerel from the lush pleasures of the Kingdom of Naples to a smoking cauldron called Toulon. There, an outnumbered coalition of former enemies is being drawn into a terrible land-sea battle against the revolutionary French in a siege of blood and terror that will send shock waves around the world. . . .

He's fought and loved on land and bounding sea from America to the East Indies. Alan Lewrie is the unforgettable hero-rogue of the age of wooden-walled, spray-lashed fighting ships.