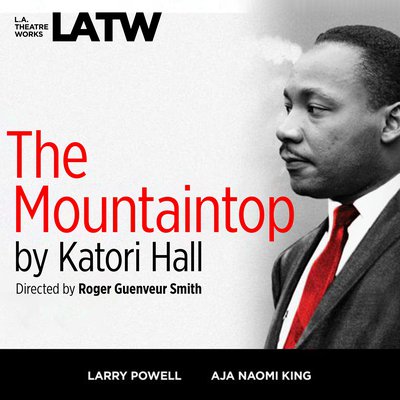 On April 4, 1968, Martin Luther King Jr. was assassinated outside of his room at the Lorraine Motel in Memphis. What happened inside room 306 on the evening of April 3 is the subject of Katori Hall’s The Mountaintop. Hours after King’s final speech, punctuated by his immortal line, “I’ve been to the mountaintop,” the celebrated Reverend forms an unlikely friendship with a motel maid as they talk into the early hours of what will be his final day.

Directed by Roger Guenveur Smith. Recorded in Los Angeles before a live audience at The James Bridges Theater, UCLA in May of 2016.