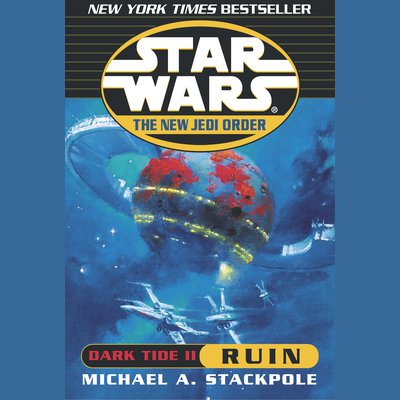 Written By: Michael A. Stackpole

The alien Yuuzhan Vong have launched an attack on the worlds of the Outer Rim.  They are merciless, without regard for life - and they stand utterly outside the Force.  Their ever-changing tactics stump the New Republic military.  Even the Jedi, once the greatest guardians of peace in the galaxy, are rendered helpless by this impervious foe - and their solidarity has begun to unravel.

While Luke struggles to keep the Jedi together, Knights Jacen Solo and Corran Horn set off on a reconnaissance mission to the planet Garqi, an occupied world.  There, at last, they uncover a secret that might be used to undermine the enemy - if only they can stay alive long enough to use it!