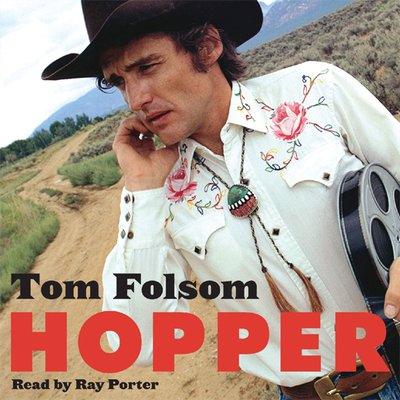 A Journey into the American Dream

James Dean to Hopper
"I saw what you did today. Today you were great."

Jack Nicholson to Hopper
"We're geniuses, you know that?
Isn't it great to be a genius?"

The chopper-riding hippie outlaw in Easy Rider. The prophetic madman in the jungle in Apocalypse Now. The terrifying psychopath in Blue Velvet. The kid gone wrong in Rebel Without a Cause. The actor taken under the wing of James Dean who longed to be the next Orson Welles. The hell-raising director who revolutionized Hollywood. An enigmatic man from Dodge City, Kansas, on an endless quest to realize the American Dream.

Dennis Hopper has been described as a rebel, an icon, an addict plagued by demons, and one of the most important champions of the pop-art movement. Friend to Warhol, muse to David Lynch, mentor to Sean Penn, champion of Ice-T, Dennis Hopper built a career that was a half-century of rebellion waged at the edge of American popular culture.

Tom Folsom's Hopper is a wild ride through Dennis's many lives. Featuring hundreds of interviews with Hopper's fellow actors, artists, musicians, and residents of Taos, New Mexico (where he spent much of his most manic time), as well as his ex-wives and many other people who knew him, Hopper takes you on an extraordinary-and sometimes troubling-journey. From Dennis's early days with his grandparents on a dusty farm in Kansas, where he watched trains go by on their way to Los Angeles, to his formative time in Hollywood as one of a bright new crop of actors straddling the edge of the studio system, to the rebellious 1960s and the start of the independent film movement, to the drug-addled 1970s and beyond, when Hopper staged one of the greatest Hollywood comebacks of all time-Tom Folsom has crafted a biography as unconventional as Dennis Hopper himself.