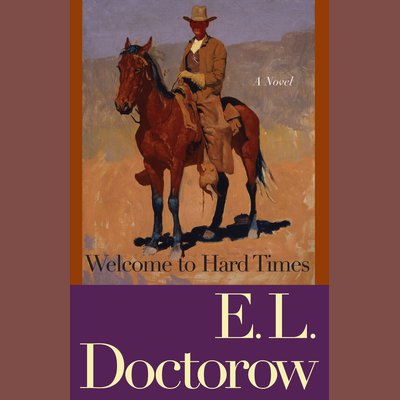 Hard Times is the name of a town in the barren hills of the Dakota Territory. To this town there comes one day one of the reckless sociopaths who wander the West to kill and rape and pillage. By the time he is through and has ridden off, Hard Times is a smoking ruin. The de facto mayor, Blue, takes in two survivors of the carnage-a boy, Jimmy, and a prostitute, Molly, who has suffered unspeakably-and makes them his provisional family. Blue begins to rebuild Hard Times, welcoming new settlers, while Molly waits with vengeance in her heart for the return of the outlaw. Here is E. L. Doctorow's debut novel, a searing allegory of frontier life that sets the stage for his subsequent classics.