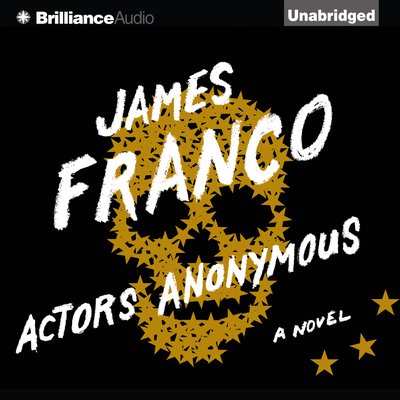 The actors in James Franco's brilliant debut novel include a McDonald's drive-thru operator who spends his shift trying on accents; an ex-child star recalling a massive beachside bacchanal; hospital volunteers and Midwestern transplants; a vampire flick starlet who discovers a cryptic book written by a famous actor gone AWOL; and the ghost of River Phoenix. Then there's Franco himself, who prowls backstage, peering out between the lines-before taking the stage with fascinating meditations on his art, along with nightmarish tales of excess. "Hollywood has always been a private club," he writes. "I open the gates. I say welcome. I say, Look inside."

Told in a dizzying array of styles-from lyric essays and disarming testimonials to hilariously rambling text messages and ghostly footnotes-and loosely modeled on Alcoholics Anonymous's Twelve Steps and Twelve Traditions, Actors Anonymous is an intense, wild ride into the dark heart of celebrity.