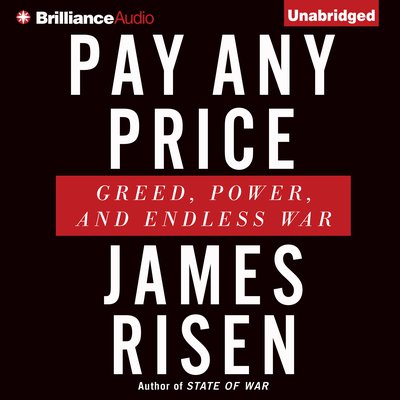 Ever since 9/11 America has fought an endless war on terror, seeking enemies everywhere and never promising peace. In Pay Any Price, James Risen reveals an extraordinary litany of the hidden costs of that war: from squandered and stolen dollars, to outrageous abuses of power, to wars on normalcy, decency, and truth. In the name of fighting terrorism, our government has done things every bit as shameful as its historic wartime abuses-and until this audiobook, it has worked very hard to cover them up.

Lincoln suspended habeas corpus. FDR authorized the internment of thousands of Japanese Americans. Presidents Bush and Obama now must face their own reckoning. Power corrupts, but it is endless war that corrupts absolutely.