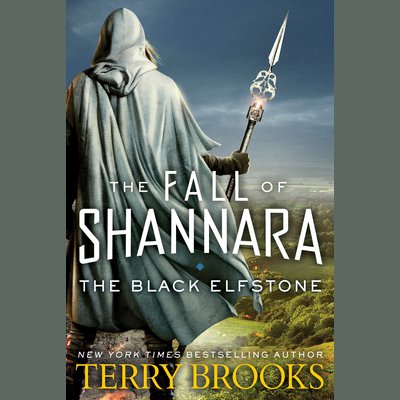 The Fall of Shannara

Series: The Fall of Shannara #01

The first book of the triumphant and epic four-part conclusion to the Shannara series, from one of the all-time masters of fantasy.

Across the Four Lands, peace has reigned for generations. But now, in the far north, an unknown enemy is massing. More troubling than the carnage is the strange and wondrous power wielded by the attackers—a breed of magic unfamiliar even to the Druid order. Fearing the worst, the High Druid dispatches a diplomatic party under the protection of the order's sworn guardian, Dar Leah, to confront the mysterious, encroaching force and discover its purpose.

But another crucial journey is being undertaken. Exiled onetime High Druid Drisker Arc has been living in quiet seclusion, far from the politics and power struggles of his former life, until two brutal attacks by would-be assassins force him to seek out an infamous murder-for-hire guild—and find the hidden enemy who has marked him for death. At his side is Tarsha Kaynin, a young woman gifted with the wishsong and eager to be schooled in its formidable power by a master. She, too, is pursuing a mission: to locate her wayward brother, whose own magic has driven him to deadly madness and kindled his rage for vengeance . . . against his sister.

In their darkest hours, facing dangerous adversaries, the lives and quests of Dar Leah, Drisker Arc, and Tarsha Kaynin will be inextricably drawn together. And the challenges each confronts will have resounding consequences for the future of the Four Lands.

"If Tolkien is the grandfather of modern fantasy, Terry Brooks is its favorite uncle."—Peter V. Brett, New York Times bestselling author of The Skull Throne

"I can't even begin to count how many of Terry Brooks's books I've read (and reread) over the years. From Shannara to Landover, his work was a huge part of my childhood."—Patrick Rothfuss, New York Times bestselling author of The Name of the Wind

"Terry Brooks is a master of the craft and a trailblazer who established fantasy as a viable genre. He is required reading."—Brent Weeks, New York Times bestselling author of The Night Angel Trilogy

"The Shannara books were among the first to really capture my imagination. My daydreams and therefore my stories will always owe a debt to Terry Brooks."—Brandon Mull, #1 New York Times bestselling author of the Beyonders series and the Fablehaven series