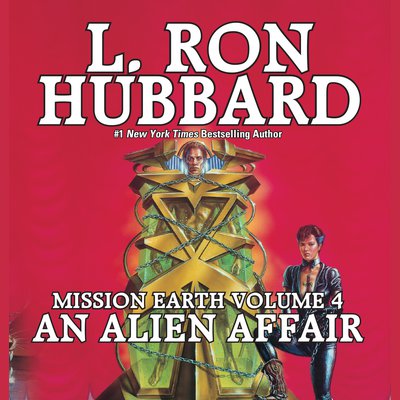 What on Earth are the Voltarians up to now?

Start your engines! Voltarian Royal Officer Jettero Heller is putting the pedal to the metal — and the action is about to shift into high gear.

Behind the wheel of his souped-up Caddy, Heller's in a race against time — not to mention against suicide car bombers and accelerator bullets — and the fate of his top-secret mission hangs in the balance. But his greatest challenge is yet to come: a fight to the death high atop the Empire State Building.

Meanwhile, Heller's sworn enemy Soltan Gris has his own battles to fight...and he's learning that, sometimes, love hurts. Especially in the hands of a couple of sadistic sweethearts named Miss Pinch and Candy — girls who really get under his skin.

When all is said and done, his only recourse is plastic surgery. But the operation takes a wicked turn, leaving him with more than he bargained for. Much, much more. Just call him Mr. Big Stuff.