With No One As Witness 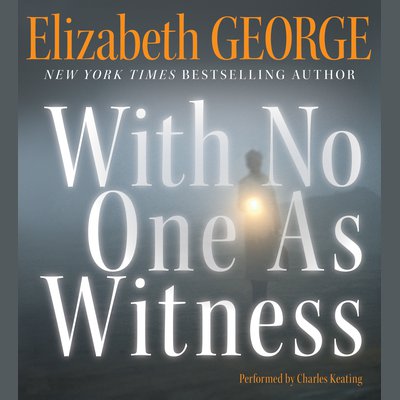 With No One As Witness

In With No One As Witness, her thirteenth novel, Elizabeth George has crafted an intricate and absorbing story sure to enthrall her readers. Detective Inspector Thomas Lynley, along with his longtime partner, the fiery Barbara Havers, and newly promoted Detective Sergeant Winston Nkata, is back, and on the hunt for a sinister killer.

When an adolescent boy's nude body is found mutilated and artfully arranged on the top of a tomb, it takes no large leap for the police to recognize this as the work of a serial killer. This is the fourth victim in three months, but the first to be white.

Hoping to avoid charges of institutionalized racism in its failure to pursue the earlier crimes to their conclusion, New Scotland Yard hands the case over to Lynley and his colleagues. The killer is a psychopath who does not intend to be stopped. Worse, a devastating tragedy within the police ranks causes them to fumble in their pursuit of him.

With a surprise ending that will shock readers to the core, With No One As Witness is full of the mesmerizing action and psychological intrigue that are the hallmarks of Elizabeth George's work and continue to prove that she is "a master of the English mystery" (New York Times).